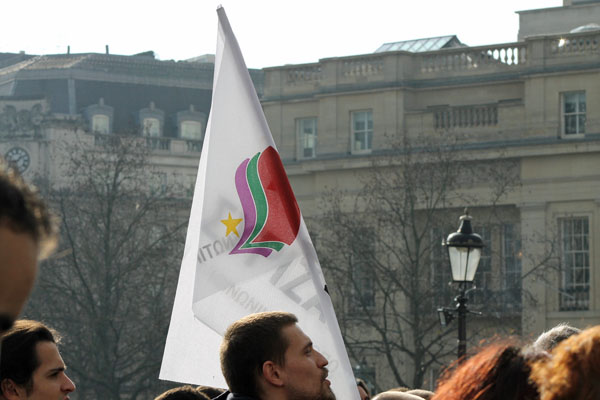 United We Stand? The Transnational Cooperation of the Southern European Radical Left in Times of Crisis

Vladimir Bortun
PhD Candidate in Politics
The University of Portsmouth

This presentation will begin with a provisional attempt to define – in contrast to much of the current literature – the new left to-the-left-of-social-democracy that emerged in the EU at the turn of the millenium. It will then focus on the most successful new left parties in Southern Europe: Bloco (Portugal), Syriza (Greece) and Podemos (Spain). After comparing them, it will consider their transnational cooperation since the start of the Eurozone crisis in 2009, which would reasonably be expected to have increased. It will set out the factors, obstacles and prospects for that cooperation, particularly in the light of the 2015 clash between the Syriza government and the troika, and subsequent developments in the wider European left.

The University of Portsmouth

Vladimir Bortun is PhD Candidate in Politics at the University of Portsmouth. His research focuses on the transnational networking and cooperation among new left parties in Southern Europe in the context of the Eurozone crisis.

Prof Luke March is Professor of Post-Soviet and Comparative Politics and Deputy Director of the Princess Dashkova Russia Centre at the University of Edinburgh. His research interests include the politics of the former Soviet Union, the radical left in Europe and populism.