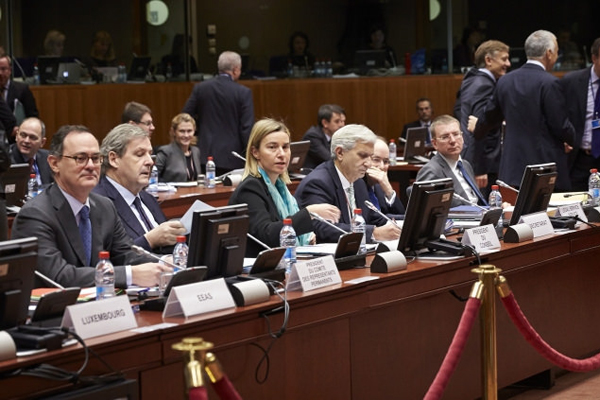 Declarations are the most regularly issued and visible instruments of the European Union’s Common Foreign and Security Policy (CFSP). They do not have legal force and have no basis in the Treaty, but they do offer a valuable insight into the extent to which Member States agree (or not) on foreign policy issues. Declarations range from expressions of solidarity on matters of international importance, to condemnations of third countries for human rights abuses and the imposition of sanctions.

As part of the 2004 enlargement process, CFSP Declarations were opened to candidate states to publicly align themselves with the content. This practice has been widened to other candidate and future candidate states, as well as the European Economic Area (EEA), the Western Balkans and other Eastern European states belonging to the European Neighbourhood Policy (ENP). This presentation considers what the high rate of alignment tells us about EU foreign policy representing a much wider ‘Europe’ than previously thought, and uses the literature on state socialisation to consider whether the CFSP and its processes have a socialising effect on the EU’s neighbours.

Dr Paul James Cardwell is Reader in EU External Relations Law at the University of Sheffield. His research interests include EU external relations, EU law and politics and UK constitutional law. He is Honorary Fellow of the Edinburgh Europa Institute.